Well yet another year has come and gone, 2012 was an odd year for MMA but the year will not easily be forgotten. This year saw the UFC all over network TV, Bellator stumble its way into next year and smaller promotions like RFA, LFC and XFC make a name for themselves. Unfortunately it also saw Strikeforce take a nosedive and the UFC cancel an event for the first time.

2012 had its ups and downs but glance back at the year that was and it would be hard to argue that the highs didn’t outweigh the lows. To mark the end of the year and close 2012 out we have compiled our first-ever year-end awards. Enjoy and remember that without you the reader we are nothing, Happy New Year!

Fighter of the Year: Johny Hendricks

Knockout of the Year: Edson Barboza against Terry Etim at UFC 142

Submission of the Year: Ronda Rousey against Miesha Tate (Strikeforce: Tate vs. Rousey) 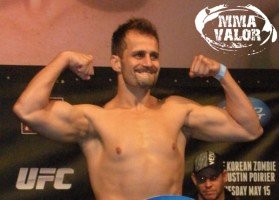 Chin of the year: Fabio Maldonado against Glover Teixeira at UFC 153 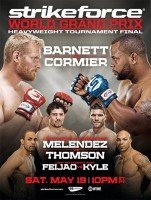 Event of the Year: Strikeforce: Barnett vs. Cormier (May 19th in San Jose, California)

Disappointment of the Year: Injuries in the UFC

Thanks to @JoshWoodMMA, @MikeHammershith and @The_Fleek for their work on the 2012 MMA Valor Year End Awards

Give us your thoughts on the MMA Valor 2012 Year End Awards.