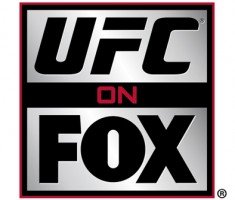 As you know the UFC is returning to Sacramento, California in December for the UFC on FOX 9. Since the announcement of the event the UFC has been quickly filling up the fight card and “on paper”, you’d have to agree that Northern California is getting one of the best MMA cards of 2013.

Don’t believe me, well UFC on Fox 9 will be headlined by the newly crowned lightweight champion, most of Team Alpha Male will be on the card and if that’s not enough so is the bonus machine Joe Lauzon.

After defeating Benson Henderson (again), Anthony Pettis will make his first title defense against the former Strikeforce lightweight champion Josh Thomson. Stepping in for TJ Grant, who is still suffering from a concussion, Thomson will travel up from AKA in San Jose, California for this golden opportunity.

Local hero and Team Alpha Male fighter Urijah Faber will return to the venue he knows so very well from his WEC days, with a real shot at his third shot at UFC gold. Faber will be taking on the young up and comer Michael McDonald and should he win Faber could face Renan Barao early next year if Dominic Cruz cannot return from his lengthy absence.

Speaking of Team Alpha Male, along with Faber the UFC on FOX 9 fight card currently has two other fighters from the Sacramento, California-based fight camp. Featherweight Chad Mendes looks for his fifth straight win as he takes on Nik Lentz. Danny Castillo will also be on the card taking on the very tough test in Edson Barboza in the lightweight division.

Not to be over looked by all the local fighters on the card are the bouts between Matt Brown and Carlos Condit that could setup up the winner for a title shot or at the very least a number one contender’s bout. In a bout that will more than likely earn a fight night bonus, Joe Lauzon takes on Mac Danzig in another lightweight contest.

Put all this together and you have yourself a stacked fight card that still has a few spot let to further deepen it. Northern California has seen some great fight cards between the UFC, Strikeforce and the WEC but this one could potentially blow them all out of the water, potentially!

Here is how the UFC on FOX 9 fight card currently looks:

In other local MMA news, The Titans Cage 6 is coming up on October 12th from the McClellan Conference Center in Sacramento, California. The amateur MMA event will feature 15 fights and will also be accompanied by a car show. The event goes from 12pm thru 10pm and tickets can be purchased online for $35 or at the door for $40. For tickets or more information please check out their website at http://thetitanscage.com. 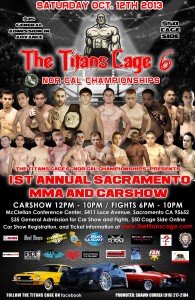