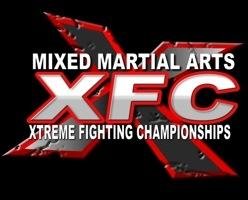 Last night was another crowded Friday night of mixed martial arts, with Bellator 83, TUF 16 and XFC 21: Night of Champions 2 on AXS TV. The final XFC card of 2012 was headlined by a lightweight title fight between Eric Reynolds and one of the best stories to come out of MMA in 2012, Nick Newell. The one-armed fighter rightfully garnered the bulk of the media coverage leading up to the event, but XFC 21 was a complete fight card.

The XCF 21 main card consisted of six televised bouts, while the

Round 1: A fast start by Richardson with a flurry, but gets taken down momentarily by Card. Quickly back up and pressing against the cage, but Richardson disengages and starts winging shots. Card lands a short left hook and a right, but Richardson clinches and pushes him to the fence. Fighters break on their own and high kick from Richardson misses. Clinching again and both men trade elbows and short hooks before breaking.  Probing attacks before Card runs in with strikes and hits a single into Richardson’s guard. Pass to half guard with Richardson stalling with a headlock from bottom. Richardson goes for a kimura and uses it to sweep to top half guard. Card stands and eats a possible illegal knee but doesn’t complain as Richardson pressures him to the fence. Break and both fighters trade punches. Richardson gets dropped with a leg kick and is in a loose arm-in guillotine, but slips out easily. Richardson missing with punches, but the ones that land is effective. Card rushes in and initiates the clinch. Fighters break and Richardson, grabs on for a clinch knee before pushing Card off the cage. Body lock takedown by Richardson into side control, but round ends before he can make anything of it. 10-9 Richardson

Round 2: Fight restarts and Card instantly floors Richardson with a left hook to the jaw. Swarming, he grabs a guillotine, than shifts to a bottle cap guillotine on the mat; Rolling to his side. Richardson goes limp and the referee stops the bout.

Round 1: Rainey holding the distance early on the grappler. Wallace runs in and eats a massive clinch knee for his trouble. Leg kick by Wallace misses and Rainey is stalking as Wallace backs up freely.  Wallace comes in again and Rainey lands a jab and knee again. Wallace goes for body lock takedown but can’t get it and backs out. Rainey slings a right hand and Wallace collapses, gets up and takes a crushing knee to the sternum that drops him. Rainey quarters Wallace and lands two punches before the ref calls it.

Ricky Rainey wins via 1st Round TKO (knee and punches)

Round 1: West comes in and gets countered with a jab that stuns him. Double jab and cross from West lands flush. Finch hits a right hook and then stumbles in and head butts West, dropping him to the canvas. Ref doesn’t see it, and steps in to stop the fight, with the fight going to Finch via KO.

Round 1: Eggink moving and working a jab, but Clark storms in with wild punches and gets her to cover and move back. More rapid overhand rights from Clark that keep landing. Moving in, Clark lands a left hook, followed by a right, as Eggink works jabs and long kicks to keep her at bay. More rights from Clark and a clinch, where Eggink powers her to the cage. Reversals and more reversals with Eggink dirty boxing and Clark looking for a body lock. Break and Eggink comes in with one-twos while Clark tries to counter. A low kick from Eggink and another exchange where both women connect. Clinch from Clark looking for a trip but doesn’t get it, and Eggink tries the exact same trip but misses. Clark tries to take the back and Eggink jumps for a flying triangle. Armbar locked on by Eggink and she rolls Clark but can’t get it. Eggink still working the armbar, but it’s very much lost at this point, and bell sounds. 10-9 Eggink

Round 2: Right hand by Eggink lands and jabs and kicks follow. Overhand by Clark misses. Front and side kicks being thrown by Eggink and a clinch from Clark lands her a trip takedown. Eggink locks down guard completely. Clark stacks her and Eggink opens her guard and sets up a triangle then rolls into mount with the triangle, but Clark throws her legs up and pulls Eggink over backwards, breaking the hold.  Clark still holding a head scissor and works into half guard, then quarter while setting up an RNC. Clark is locking on the RNC, although she doesn’t have position yet and losses the hold. Clark holding a half nelson and trying to keep on Eggink’s back while Eggink holds the Clarks arm to avoid being choked.  Eggink stands and stands over Clark, trying to pass, but finds herself fighting a leglock. Upkicks from Clark while working an achilles lock, but loses it and winds up with Eggink on her back working a choke.  Can’t get it and her body triangle is too loose, allowing Clark to turn. Egginks sweeps to mount and takes the back again, going for the RNC with gable grip. Eggink gives up on the choke, flattens Clark and tees off, but can’t keep her on the mat. Clark slides sideways and is working a sweep when the round ends. 10-9 Eggink

Round 3: Body jab from Clark and a sloppy leg kick follows. Eggink jumps in with a three-two and misses.  Eggink hits a stiff jab and fades away from the counter. Eggink’s boxing well, slipping punches in and avoiding the counter shots. Clark hits an overhand right and lands a body kick. More brawling from Clark against Eggink’s technical boxing. Right from Clark lands and Eggink is getting sloppy, but bullies into clinch. Break with a punch from Eggink on the way out, and an outside leg kick. Double jab from Eggink and Clark’s eye is fucked up. Plenty of movement from Eggink but she’s getting hit by wild punches from Clark, and wins up in clinch. Clark throwing elbows in clinch and controlling her opponent. Eggink reverses and works knees to the lower body before breaking off. Left hook counter and fade from Eggink, then a stiff left hook, right hook stuns Clark. Clark is battered and not sure what to do here.  More pawing jabs from Eggink and Clark shoots a slow takedown that gets shrugged off. Eggink sticks and moves to the bell. 10-9 Eggink. 30-27 Eggink

Round 1: Hill comes out fast, pumping a jab, while Thomas throws leg kicks. Hill rushes in with a bodylock and gets a takedown into side control. Hill looking to work his front headlock set but can’t get it. Thomas up and controlling the clinch, throws a short elbow and Hill reverses on cage. Knees to the body from Hill while Thomas dirty boxes. Hill grabs the upraised leg of Thomas and trips him to the mat, but Thomas is ready with an armbar and triangle attempt, but neither sticks. Hill is throwing elbows from guard while Thomas hunts for subs. Triangle from Thomas and Hill picks him up and spikes him on his head. Undeterred, Thomas switches to an armbar and goes belly down, getting the tap.

Round 1: Mid kick by Newell, followed by a leg kick. Reynolds comes in with punches and Newell responds with a flush head kick that Reynolds walks through and tries for a trip that fails. Three punch combination lands from Newell. Low kick by Newell and Reynolds responds with a mid-kick that Newell catches and uses to secure a body lock from the back. Reynolds headlocks and punches with the free hand but Newell hits a huge belly to back suplex. Newell quickly transitions to Reynolds’s back with two hooks in and sinks an RNC. Reynolds stands with Newell on his back while fighting his hand but can’t figure a way out of the modified choke. Reynolds falls to the mat and finally taps out.

Results from the un-aired XFC 21 undercard:

The scene inside the cage following the win by Newell in the XFC 21 main event was something to see, if you missed it, you missed out.