No UFC or Strikeforce? Bellator not doing it for you? Well, have no worries MMA fans. Introducing World Series of Fighting, the world’s newest MMA promotion which is set to make its debut this Saturday, November 3rd. … END_OF_DOCUMENT_TOKEN_TO_BE_REPLACED 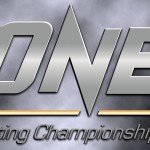 Asia’s largest MMA promotion, ONE FC held the largest event in the Philippines yesterday inside the Smart Araneta in Manila. The night of action featured local heroes Eduard Folayang and Eric Kelly in separate bouts as well as the ONE FC debut of Bibiano Fernandes. The card was also filled with several former UFC stars, including Phil Baroni, Jens Pulver, Andrei Arlovski and … END_OF_DOCUMENT_TOKEN_TO_BE_REPLACED

After a successful return to MMA, ProElite will hold their second event on November 5, 2011 from the “I wireless” Center in Moline, Illinois. Unlike their first show ProElite 2: Big Guns will be debuting on HDNet and features the opening round of their eight man heavyweight tournament as well as Reagan Penn’s second pro fight. … END_OF_DOCUMENT_TOKEN_TO_BE_REPLACED

As the current Zuffa roster changes with additions and deletions of fighters, the one time big names (Arlovski, Pulver, Henderson) have gone on to fight for smaller promotions and find success there. Right now there are men under contract who have underperformed or just cannot hang with the world-class level most of the fighters in the UFC bring into the octagon. Instead of … END_OF_DOCUMENT_TOKEN_TO_BE_REPLACED