Without a champion, UFC 171 looks to showcase the UFC welterweight division with a stacked fight card featuring many of the promotions top 170 pound fighters. … END_OF_DOCUMENT_TOKEN_TO_BE_REPLACED

We've been having trials and tribulations with Fight Pass the last few weeks, but the UFC comes roaring back with a UFC 171 PPV card worthy of the money. Our main event is for the vacant UFC Welterweight title, as Johny Hendricks looks to right the wrongs of his decision loss to GSP. He'll face old school battler born anew in Robbie Lawler, who has carved his way through the … END_OF_DOCUMENT_TOKEN_TO_BE_REPLACED

The third championship bout between heavyweights Cain Velasquez and Junior dos Santos happens this weekend at UFC 166. The night’s main event is being called the “final chapter”, but with the state of the division and in all likelihood this will not be the last time these two touch gloves. … END_OF_DOCUMENT_TOKEN_TO_BE_REPLACED 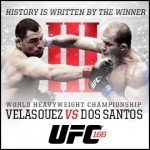 This weekend’s UFC 166 is a night of current and former champions; with title holders from the UFC, Strikeforce and Bellator all piling onto one of the best PPVs of the year. Our main event is the rubber match between two outstanding heavyweights, as Cain Velasquez looks to retain his title, taking on the unstoppable Junior Dos Santos. This tilt is worth the price of admission … END_OF_DOCUMENT_TOKEN_TO_BE_REPLACED 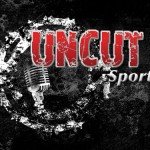 Uncut Sports Show Episode Recap: Hector Lombard showed about 50 seconds of greatness in round 3, but it was too late. The former Bellator fighter let Yushin Okami dictate the pace the majority of the fight, and in the end the judges had Yushin Okami defeating Hector Lombard via split decision (28-29, 29-28, 29-28). Mark Hunt ‘s losses in his MMA career had almost all come … END_OF_DOCUMENT_TOKEN_TO_BE_REPLACED