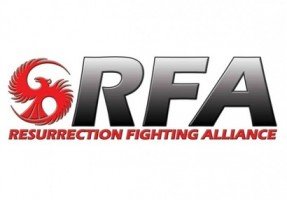 It was a double-header for MMA last night, with Bellator 111 kicking off the festivities with their Heavyweight tournament and RFA 13 bringing up the rear with a contentious main event fight.

There was plenty to see across the board, so here’s what jumped out at me.

Mighty Mo: A fight that Peter Graham completely gave away in the third round, the resurgence of Mighty Mo continues in the Bellator cage. I’m not going to shower Mo with praise, as he’s realistically just hanging on at this point, but I wanted to point something out to fans of combat athletics. What we’re seeing in Mo is the end of a durable power hitter’s career. Mo brings an old man’s strength and still has the sizzling punches from decades of practice, but his footwork, reaction speed and mobility are largely gone at this point.

This is something we don’t typically see in MMA, as the young guns will chew these deteriorating fighters to bits, but we do see this frequently in boxing. The power is the last thing to go and the muscles remember how to fire those strikes, but all other facilities dull over time. Appreciate Mighty Mo for a long as we have him, because fighters with his style never last to this age and remain even remotely successful.

Eduardo Dantas: A fun fighter, we saw the good and bad out of the young but lethal Dantas tonight. Leone did exactly what he needed to if he hoped to win this fight; charging Dantas down and attacking at all levels to set up the takedown. This worked well in the first round, and Dantas showed again that he has a real weakness for American wrestling that could prove to be an issue against the wrong guy. As well as Leone did in the early goings however, Dantas was far from out of the fight and seized a prime opportunity during a transition. The backwards hop into a full RNC was something to behold in terms of its simplicity and immediate fight-ending functionality. With that, he showed us something new, yet leaves the question: Will these tricks be enough to retain the belt when his flaws remain the same?

Darrick Minner: A brutally efficient fighter tearing up the small time cage, Darrick Minner ran an offensive clinic in the opening bout of RFA. Constant pressure, smooth transitions from striking to takedowns, and a submission game that won’t quit, Minner put a slew of obstacles in his opponent’s way. What I like about Minner is that he takes chances, yet always has a back-up plan, which never lets his opponent get any traction of their own while pushed to the defensive. It’s a very catch-as-catch-can mentality that was very much lost in the transition to BJJ, yet Minner chains these attacks well. The question will be if he can keep up this pace and hook fights as his opposition’s skill level increases.

Andrew Sanchez: A prospect on my radar after his last two fights, Sanchez made easy work of a gritty fighter in Miles Marshall. Sanchez is a special fighter, having incredible power in his ground and pound that resonates into the very floor of the cage. You don’t hear a drilling like that outside the heavyweight division, yet Sanchez is pulling off pure murder in those strikes at Middleweight. Between his relentless and functional takedown game, sticky top position and this punishing ground and pound, we could well see a title and a contract to the UFC in his near future.

Dakota Cochrane:  A fighter who live and dies by the sword, Cochrane put on an outstanding performance against Efrain Escudero that saw him fight for his life more than once during the bout. Cochrane will never be better than a gate-keeper due to his reckless style, yet he’ll always be fun to watch due to that unpredictability. With the winner of this fight rumored to be headed to the UFC, we could well see Cochrane clean out the bottom of the division, though his defensive flaws will never allow him to rise higher. Even still, his ferocious grappling, unique lunging punch style and pure grit will see him cash a few nice bonuses if he makes it to the Octagon.