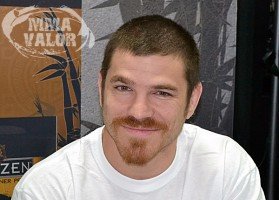 Lightweight contender Jim Miller surprised everyone with his slick submission over the 3rd degree Brazilian Jiu-Jitsu black belt Fabricio Camoes. His first round submission ended up being the first of just two submission victories on the UFC 168 fight card.

The other submission was in the night’s co-main event as the women’s bantamweight champion Ronda Rousey forced yet another opponent to tap via armbar. As nice as that submission was by the champ, nearly everyone thought it would happen. The complete opposite could be said of the Jim Miller submission though and thus he seems like the obvious choice for the “Submission of the Night” award.

Unfortunately for Jim Miller that was not the case and it was Rousey who was awarded the post fight bonus and the hefty $75k check that came with it. Rousey actually doubled up on bonuses at UFC 168, winning the “Fight of the Night” along with her opponent Miesha Tate.

Jim Miller deserved his fourth “Submission of the Night” award and that extra $75k, but instead the UFC’s GOLDEN GIRL was gifted an extra payday on top of her already sizable contracted pay. As if the “Fight of the Night” bonus wasn’t enough……

The “Knockout of the Night” at UFC 168 was given to Travis Browne for his first round knockout of Josh Barnett via some nasty downward elbows inside the clinch.

Below is the complete results from last night’s UFC 168: