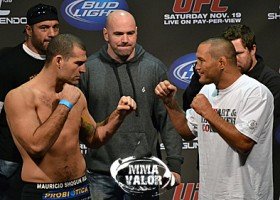 UFC 171 will be a tough act to follow, but UFC Fight Night 38 will give it a try with another Brazilian-heavy fight card. Our main event is a rematch of one of the best light heavyweight fights in history, as Mauricio Rua looks to get revenge against Dan Henderson.

UFC Fight Night 38 is a true Brazil vs the US card, so let’s look at how everyone pairs up.

Mauricio Rua vs Dan Henderson: Looking for revenge from his loss in their last back-and-forth fight, Rua will take on Henderson in another five round war. Rua is coming off a crushing win over James Te-Huna, coming into that fight looking fresh and lethal like the Rua of old, though one never knows how he’ll look from fight to fight. Having fought Henderson at his best in their last fight however, he may need to dig deeper than ever to get this one done.

Across the cage, Henderson will look to break a three fight skid and end his career on a high note, facing the last man he beat. Henderson is fighting against time here and I suspect this is his last fight, with back and neck issues compiling with the lack of support for TRT. Even so, Henderson still packs a massive punch, a solid base, and decent takedowns, even in this division.

This fight comes down to who shows up, with both men having tremendous swings in their physical ability at any time. In the last fight, both men appeared to be at their best and Henderson barely made it out of the fight in one piece, making me think this one isn’t going to play out better for the aging warrior. Henderson’s mobility is shot and while his chin is sturdy as they come, Rua was throwing fire in his last fight. If Shogun shows up like he did against Te-Huna, Henderson will be lucky to make it out of the first round, and even at his best I can’t see Henderson having the fuel or offense to keep Shogun busy for more than two rounds. It’s a sad way to go out, but Henderson just doesn’t have what it takes anymore and I see Shogun rifling punches into a stagnate foe, gaining the TKO win inside the first half.

Cezar Ferreira vs CB Dollaway: Dollaway will return to Brazil in search of another win and FOTN check, this time taking on TUF Brazil winner Cezar Ferreira. Dollaway is a lot like Jake Shields, being outstanding in a fight where he gets to play point-counter point with a fellow grappler, but looking like a fish out of water when he needs to go for that takedown. Ferreira is hardly going to play this game willingly, and his athletic potential is there to give Dollaway a bit too much to deal with. This could be close, especially if Dollaway can get a takedown early and grind away at his foe, but Ferreira is sharp with his strikes and smart about how he engages. Look for an increasingly desperate Dollaway to shoot on Ferreira but end up stuffed and blasted in the pocket, taken out in the second round.

Fabio Maldonado vs Gian Villante: A fight that could prove to be pure anarchy, Fabio Maldonado will look to suck Gian Villante into the firefights he thrives in. Maldonado has proven to be nearly indestructible in the right kind of fight, and while Villante does have the tools to force a more intelligent fight, he doesn’t tend to look for the path of least resistance. It’s a mistake here as Maldonado’s boxing style is exactly the kind that’s frustrated Villante in the past, while the American’s gas tank isn’t up to the task of a rapid fire boxing war. If Villante is smart about mixing in takedowns, he can walk out of this with 30-27s across the board. If not, he’ll walk out of this with a loss and a face that looks like shaved steak.

Rony Jason vs Steven Siler: My pick for FOTN, Brazilian battlerager Rony Jason will face American terror Steven Siler. Siler is a buzzsaw in terms of his offensive game, having great power for someone with his build with the long limbs to work a slick submission game. Jason is far more compact and hits like a truck, with a wrestling game that’s surprisingly deft for someone who learned in an MMA gym. This comes down to Jason being able to function in the pocket and avoid the danger zones Siler presents. It’ll be close, but I favor Siler’s long-range combination work and his ability to attack from anywhere, snagging a submission in the second round. 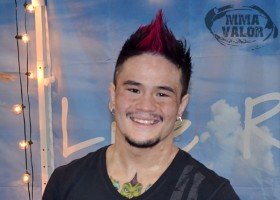 Jussier Formiga vs Scott Jorgensen: One of the best functional BJJ guys in the game, Jussier Formiga will look for a signature win in the octagon, taking on veteran fighter Scott Jorgensen. Formiga is a terror if he can get position on an opponent, but he doesn’t have the striking game or takedowns to get much going against elite-level fighters. Jorgensen is one of the worst matches for him as a swift boxer with a strong sprawl, and he should have more than enough fire power to lay Formiga out. Formiga kick boxes and shoots, but Jorgensen wheels and fires counters until finally dumping Formiga late in the fight.

Thiago Perpetuo vs Kenny Robertson: A do-or-die fight for both men, Brazilian striker Thiago Perpetuo will face underrated wrestler Kenny Robertson. Robertson has been cut some slack in his UFC career, having dropped three fights to solid wrestlers while holding one outstanding kneebar submission in his lone win. While he isn’t up to the rest of the division in terms of his skill set, Perpetuo is fairly new to this level himself and could find himself sorely outmatched. The one thing Robertson doesn’t have though is the chin capable of taking one of Perpetuo’s bombs, and as game as he may be, I don’t think he can avoid those snaking punches for long. A fast and furious fight ends with Perpetuo lacing Robertson during an exchange, taking his first UFC win.