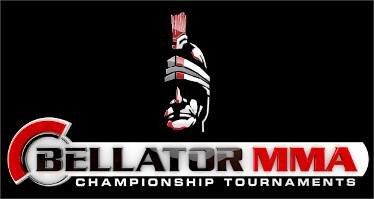 A night of crushing knockouts made way for the next group of Lightweights in this round of the tournament, while our Bellator 113 main event finally unified the needlessly fragmented title to its former glory. In the fray, we had four lightweight victors and one undisputed champion, so let’s check out how they pulled it off.

Derek Anderson: Anderson had a breakout performance against Pitbull and had a KOTY contender with his win tonight. The key to victory for Anderson was his composure, as he figured out early on that Girtz had no real weapons to hurt him with, only a takedown to steal rounds. While Girtz was able to close distance and plant Anderson repeatedly in that first round, the distance he was shooting gave Anderson plenty of time to line up some kill shots. Sure enough, the first shot of the second round saw Anderson throw a half kick/half knee that hit Girtz like a truck and sent him down, giving Anderson the walk off home run KO and a spot in the semi-finals.

Marcin Held: A fighter who’s literally grown up before our eyes, Held took on Brazilian fireplug Rodrigo Cavalheiro and did what he does best: Bust legs. Cavalheiro was throwing heat early and glanced a few off of Held’s chin, but the Pole found his takedown and made the most of it. Dropping for a heelhook, Cavalheiro played it off like there was nothing there, but couldn’t maintain composure as Held flipped to a toe hold. A sharp cry and a tap signaled an end to this one early in the first with Held grabbing another leglock sub win.

Patricky Pitbull: A battle-worn fighter on a serious skid, Pitbull was having his ass handed to him at Bellator 113 tonight. The beauty of MMA is that a bout can decisively end at the drop of a hat, or the drop of a Caveman as it turns out. Being outstruck five to one, Pitbull remained undeterred as he hunted for a counter, and found one as Rickels waded in with a wide left. Pitbull’s counter left hook shook Rickels to the core, and when Rickels decided to brawl rather than defend himself, a second counter hook put him out hard.

Derek Campos: A somewhat disappointing fight, Derek Campos took Tim Welch to the brink of defeat, but throttled back and was content with a dominant decision. I like Campos offensive style, yet Welch was able to hold him at bay, even though clearly gassed and injured on numerous occasions. Certainly the weak link in this tournament now, he’ll have a hard road to get that tournament title.

Emmanuel Newton: The kickingest fighter in the game today, Newton took on the much larger Vegh and handled the fight very well for a fast five rounds. Newton isn’t an amazing fighter by any stretch, but plays like a striking grinder, having a ridiculous chin, endurance, and an extensive tool box. Vegh had his moments with counters and was clearly the stronger man, but it’s difficult to win a decision off your back foot, and Newton gave him few chances to get back into the fight. While the fight was close, two judges saw Newton’s aggression and strike count as being deciding factors and the unified title resides on the Hardcore Kids waist.