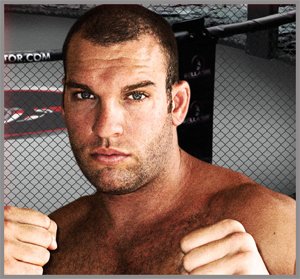 Bellator fighter Rich “Rare Breed” Hale (19-4-1, 4-1  Bellator) normally fights at light heavyweight, but at tomorrow’s Bellator 75 he will step up and fight in the season seven Bellator heavyweight tournament. Hale will face former TUF: The Heavies competitor Mike Wessel in the opening round and as he readies for today’s weigh-in today, Rich Hale took some time to have a six-pack on ICE.

When and how did you get into the fight game?

Rich Hale:  Almost exactly six years ago, I got into the fight world, by luck of the draw, when I was an industrial electrician and amateur body builder looking for some conditioning for an upcoming comp. I went to watch an old wrestling buddy fight and was invited out to give it a try to get that conditioning, and if you are recommended it by a wrestler and buddy you know it has to be a killer conditioning experience. I did so, and the rest of my life changed and I finally found my path and dream in life. No more mundane construction that did not challenge my mind and body to the degree I saw fit, but a real deal martial artist and professional athlete.

How did you get the cool nickname, Rare Breed?

Rich Hale: The name rare breed came to me a lot like my career, so only fit. Feeling different my entire life and always spending most of those years to myself and feeling very separated from the world. I just felt like I never fit in and something about myself was very different then what I saw around me. I had no interest in drugs or artificial enhancements, I wasn’t always perfect, I was just different, then one day my buddy shows up with the name rare breed across the back of his calves and it finally clicked for me. Perfect way to explain myself with a short phrase and it stuck ever since and hell yes I did name myself. I never conformed to society or its current of convenience.

What is your favorite cheat meal, and what is the first thing you eat after a win?

Rich Hale: Cheat meal for me has always been pizza! Not sure why but would dream about it when cutting literally and I eat see food, yes I spelled that right ha ha I eat everything I see but work my ass off to be professional.

How do you wind down/pull yourself away from the fight world in between fights?

Rich Hale: I seem to never be completely pulled away from the fight game but in the rare moments that it happens it is spent with my amazing little 4 yr old angel, McKenna. Best gift I have ever been given and teaches me so much on how to be a better man.

Who would win in a fight, the Teenage Mutant Ninja Turtles, or the Power Rangers?

Rich Hale: Easy money! TMNT all the way they would kick the crap out of the not so power rangers. Plus they eat pizza ha ha, maybe that is where my desire comes from growing up owning all the turtles till my dads house burned down. R.I.P. all my turtles

Give me a name for each, Who would you like to spar with, fight against, and have a few beers with?

Rich Hale: Spar would have been Ali, fight is Jon Jones and a beer would be both Ali and Jones after our sparring/fight! It’s just business baby, and we are professionals, so like to see more men throw away their hate and anger and act professional to represent this sport well.