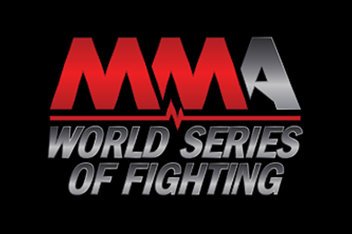 If a friend asked you, an avid MMA fan, to describe the World Series of Fighting, what would you say? Honestly, a little over one year into the promotion’s existence, I have no idea what I tell them. And I’m not so sure the brass at World Series of Fighting would know what to say either. Pretty soon though, that uncertainty is going to become a problem. Lofty goals mixed with some financial backing can garner results for some time; but lacking a solid value proposition and true identity is a surefire way to ensure your downfall. Differentiation is vital in a saturated marketplace.

The UFC promotes the fact that they employ the best fighters in the world. Bellator lives by the tournament format, handing out title shots when they are earned. Heck, even RFA has openly acknowledged its desire to become a feeder organization to the UFC. What about the World Series of Fighting?

They do not seem to have any real relevancy aside from being another fight organization that puts on a card on the occasional Saturday night. Sure, they have some nice fighters with the ability to put on good fights but that’s about it. Aside from welterweight, they lack any real depth in any division. Stars such as Anthony Johnson (who may be on his way out), Justin Gaethje, Andrei Arlovski, and Marlon Moraes are standouts in divisions where they lack any real challengers.

A perfect example of the struggle for World Series of Fighting to develop its identity is the dearth of forward thinking within the promotion. Unless I missed something, there was no mention or promotion of an upcoming WSOF card. “Oh you like what you’re watching? Here’s the next time you can watch it!” No thanks, WSOF just hopes you’ll tune in next time they put on a show, whenever that is.

Developing some differentiation with their product is something that the World Series of Fighting needs to do in order to stay alive. They could bring back one night four man tournaments or implement fan-voted matchups for fights. Anything they can do to separate themselves. Because all of this is not to say that the WSOF isn’t good. It is that sometimes being good just isn’t good enough.