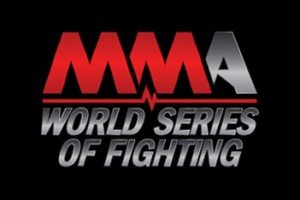 A duel title bout made for an important night at WSOF 9 for the promotion. While the card suffered in terms of pacing on the prelims, the main card was fairly solid all around, showing the best of what WSOF offers.

Here’s what stood out to me at WSOf 9:

Josh Burkman: A man who continues to surprise, Burkman came out like a bull and showed Stinson he didn’t have an ounce of fear in the cage. While I felt Burkman would make use of his takedowns and rapid scrambles, he showed he wasn’t looking to play that game, instead darting in and out with ripping power punches. Stinson did his best to fire back, but a massive left hand from Burkman sent him toppling, and the follow-up uppercut on the mat literally put Stinson in the hospital. It’s another stellar win attributed to a man many wrote off years ago, but who proves us all wrong every time he hits the cage.

Marlon Moraes: Another solid performance in its own right, Moraes beat Rettinghouse to a pulp for five rounds, though it was truly two rounds too many. Moraes’ technical superiority was apparent within a minute of this fight starting and by the third round, it was painfully obvious Rettinghouse was fighting on heart alone. Moraes had chopped Rettinghouse’s leg to bits over the course of the fight, and while the young man was game to butt scoot around, his corner or the referee should have intervened on his behalf.

The purpose of a corner is for the cooler head to prevail and tell you you’re done for the night, yet time and again in MMA, the fighter is thrown back to the lions with a “wait and see” mentality. Ed Herman and Miriam Nakamoto both suffered severe leg injuries in their careers for this same selfish mentality, and Rettinghouse is lucky Moraes was too kind-hearted to blow the leg out when he wouldn’t quit. A great performance for the fighters, yet a poor one for the coach.

Rousimar Palhares vs Steve Carl: A vicious kill-or-be-killed fighter, Palhares came out to this fight with exactly the game plan he needed; running Carl down and hunting for a leg. It didn’t take long for him to find it either, and while Carl showed composure with an ogre attached to his limb, he was forced to tap to the inverted heelhook just the same.

The key to beating Palhares will always be to get off first, as waiting for someone to get tired of expertly twisting your leg is utter insanity. This sets up interesting fights in the future, as we’ll be seeing Jon Fitch taking a crack at Palhares, while Carl may have a lengthy recovery before looking for that title again.