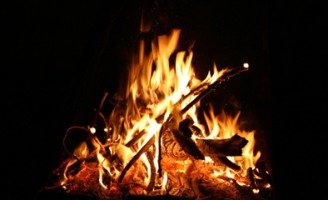 If you know me and what I’m about, you understand my begrudging acceptance of today’s MMA. Once the headbutts were taken away and you couldn’t grind the heel of your sneaker on a man’s face, the sport began to take a turn towards main stream acceptance, yet lost the grit of reality combat. While the changes to the rules allowed the sport to reach larger audiences and become an international phenomenon, the original purpose was cast aside as it became a sport focused around manipulating rules, cutting weight and huge corporate sponsorships. Today however, a new frontier has opened in the world of MMA. A concept so brave that it’s flown under the radar until just recently, but is guaranteed to shake the regulated world of MMA to its very core. The torch lit by Royce Gracie burns brightly again, handed to Ken Shamrock and to Oleg Taktarov; to Tank Abbott and to Don Frye.

But today, it’s not handed to one person, but two. A two-man MMA team to be exact. I suppose they’ll have to take turns holding it, or they can both hold it at the same time, although that would seem strange. The point is, the torch is passed.

Origins: Russia has been the mother of invention since the first tundra-dweller skinned a mammoth and wore it as a hat. While one could argue most of what’s come from Russia has been detrimental to society (Communism, Cold War, Borscht) some ideas have moved mankind upwards and onwards (vodka, gymnastics, vodka again). A land with a proud combat sports tradition, Russia appears to be on the cutting edge of MMA science this time around, having built on the intrepid bones of Yamma and created the environment of Hip Show.

Something lost in the world of MMA versus self-defense is the tie-in to reality combat in terms of location. The environment of a fight can dramatically change how it’s played, and while the modern world of MMA is broken up into cages and rings, neither location emulates a true self-defense situation. Rarely do the places manly men choose to engage in worthwhile fist fights have flat surfaces and are wholly devoid of obstacle, yet Hip Show has not only remedied that, but made it its primary focus.

The Terrain: The direction of self-defense has often been mirrored in movies, with several hallmark films and actors over the decades. Jean-Claude Van Damme showed us the importance of splits and spin kicks in hand-to-hand combat; Steven Seagal showed us how to deal with group combat, provided everyone attacked at a dead run and in single file, and Jackie Chan showed how to turn the tables against opponents, by hitting them in the teeth with a table. One film has never receive its due praise in terms of its formative nature in self-defense; having asked hard questions that few had ever considered.

Home Alone, starting master martial artist Macaulay Culkin, showed how effective a warrior could be when choosing the environment of a self-defense encounter. Historical warfare has taught that a man behind a wall is worth ten in front, yet Sensei Culkin showed this was true even on a smaller scale. Using the various entryways, stairs and portals into his home an outnumbered Culkin effectively destroyed his opposition single-handedly, save for that creepy guy helping out by hitting Joe Pecci with a shovel. 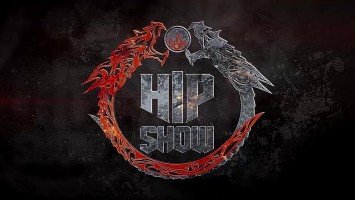 This principle has been expanded upon by Hip Show (minus the shove), having implemented five obstacles with both self-defense functionality and numerical value in terms of they’re defense. The five obstacles or “figures” of the Hip Show Arena are:

The Snake: A Z-shaped corridor, The Snake demands the intricacies of close-quarters combat, while the rules don’t allow for elbows, making this a great place to hug.

The Table: A flat surface with legs, the Table illustrates the importance of self-defense in a bingo hall or restaurant setting. The Table includes a large hole in the center, making it a pretty shitty table if you ask me.

The Bus Stop: The tallest figure, it includes three slides for quick escapes, and to relieve stress during the rigors of Hip Show combat.

The Cake: The center of the area, this two-tiered structure represents combat against strippers at an old millionaire’s birthday party. Hubba-hubba.

The “Fighters”: Fighters is in quotations because I’m not sure the word truly applies to these men, who have transcended the boundaries of modern combat. Legend Gods? Human Dynamos? Warrior Poets? Take your pick, but we’ll stick with fighters for now.

The supernova megastars of Hip Show come from every corner of Russia, often being the emperors and spiritual leaders of their respective colonies. Forsaking lucrative offers from the UFC and Bellator, as physical wealth holds no meaning for these men whom have transcended the material confines of this world, they enter the Arena as paragons of spirituality and physicality, like the Dali Lama and Lou Ferrigno melded into one cosmic being.

Some of these heroes compete under their given names, like Agul and Hamzat; some uses names given to them by the terrified villagers whom are frequently sacrificed to satiate their bloodlust, like Gladiator and Romzalat the Horrid; and others use their Russian prison names, like D-Block Azborizat and Yum-Yum.

The Teams: Peanut butter and jelly. Fire and gasoline. Bitches and Hoes. Throughout existence, some pairings are synonymous with the harmonious synergy of unquantifiable being, manifest in unfathomable essence of the timeless radiant selfless quandary of principle. Hip Show teams are basically exactly like that.

If the fighters of Hip Show were to have any weakness, their perfectly matched team-mate would guard that weakness from attack, moving as one beating within the arena. I’d like to believe the teams share a psychic link, and being as there isn’t anything that says they don’t, I’m just going to start believing it.

The teams are always from the same city, which leads me to wonder how two people this awesome could inhabit the same space without destroying the city during their sparring sessions a-la Mighty Morphin Power Rangers. Some of the cities represented are Dikaya Diviziya, Barsy, Berkut, and Detroit. I’m assuming that means Detroit has seceded from the union and become part of Russia, in which case: Good riddance.

The essence of Hip Show is truly in this team dynamic, where the fighters can attack two on one and simulate real world situations, but do so while fighting around foam rubber obstacles. Suddenly the old Russian saying “You need eyes in the back of your head when you’re heelhooking someone on The Cake” takes on a new and deadly meaning.

The Rules: Hip Show operates on a point system, unlike MMA where everyone says “scoring points” despite the fact there has never been a point system. One point is gained through holding the tops of the figures for a period of ten seconds, landing head kicks (because lets face it, every other strike is for pussies), and scoring takedowns. Throwing someone off the top of the figure is frowned upon and results in a foul, although you’ll also appear on the highlight reel for doing it, which is honestly a mixed message.

Three points are scored if someone submits during the bout, and that person is then allowed to keep fighting. Five points are awarded for a TKO, whether standing or from ground and pound. The fighter is given a ten count like in traditional boxing and can continue if they beat this count. However, a KO’d fighter or fighter that gets his shit broke during a submission is out, leaving us with…

2 on 1 combat: If a fighter is unable to continue, the battle becomes most dire indeed. Combat is stopped and a one minute 2 on 1 round commences, where the outnumbered must either fell both foes, or survive the minute to avoid the other team scoring.

This 2 on 1 sets up a world of submissions never before seen in combat sports, where both men can attempt to force a tap at the same time. Double armbars, leglock armbars, and omaplata rear naked chokes play out like something Josef Mengele would jerk off to. I’m hoping to see a combination boston crab and d’arce choke by the end of the season.

The Strategy: With so many seemingly random ways to score and be scored against, the action in the arena is both exciting and batshit crazy. Running cheap shots, double ground and pound and all kinds of high-level sambo pig pile action make for real combat pandemonium. Ground combat operates under the hallowed “Five second rule” allowing you five seconds to get a submission or finish an opponent with ground and pound, and also eat that snickers mini you dropped under The Table.

Some fighting duos will plan to take the top of a figure and hold it by kicking the incoming opponents’ faces like a soccer ball, or simply move to the floor and let their meh-caliber skills shine through. The scoring is done entirely by the referees, whom also monitor the fighters safety while keeping track of the five seconds allotted for ground work and ten seconds for tactical points in controlling the figures, looking for fouls, and all while avoiding colliding with the other five people in the arena or tripping over obstacles. If they miss a takedown or two because of all the distractions, it’s basically “whatevs”.

In Conclusion: Some concepts are ahead of their time, and I fear this may be one of them.  Much like someone being stoned to death for implying the moon was a celestial body, rather than the glowing eye of their pagan creators, Hip Show could prove too real, too advanced, and too concussing for the main stream market to accept. Perhaps eons from now, an advanced alien civilizations will uncover the Arena and remark at how the blood-smeared Snake and glorious Bus Stop shine in the light of our dying sun. Perhaps they’ll find the bones of long-dead foes locked in a tangled and morbid embrace of leglocks and chokes. Perhaps they’ll feel this was the staging ground of man’s greatest achievement, and think of it as a ritual that represented everything our race held dear.