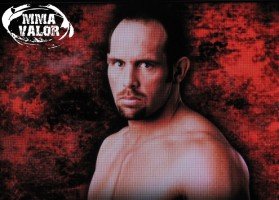 Two more casualties can be added to the long list of injured fighters that the “year of injuries” has claimed. Heavyweight Shane Carwin and lightweight Gray Maynard both suffered knee injuries that have forced them to withdraw from their upcoming bouts.

After coaching the current season of The Ultimate Fighter 16, Shane Carwin was set to face fellow coach Roy Nelson on December 15th at the TUF 16 Finale. What seems to be a trend with the reality show, yet another coach has come up injured and will not face the fighter who coached against him. The injury isn’t something new as Carwin previously injured the knee but had hoped to baby it and battle through. That didn’t work out and once again Shane Carwin finds himself of the shelf. No replacement has been announced for Roy Nelson.

Coming off a decision win against Clay Guida back in June, Gray Maynard was scheduled to fight Joe Lauzon at UFC 155 on December 29th. Maynard also injured his knee which will require surgery and forces him off the year-end main card. Stepping in to face Lauzon will be the former contender Jim Miller who will be looking to put the submission defeat at the hands of Nate Diaz behind him.

Guess it’s fitting that the final few UFC cards of the year would see some fighters drop due to injuries, it’s been happening all year.