In revving up their quest for world domination, 2014 will likely be a defining year for the UFC. During their growth over the past 20 years, the promotion has become synonymous not just with mixed martial arts but with the best mixed martial arts has to offer.

Fighters are always judged on if they are “UFC-caliber” and the UFC prides itself on employing the best fighters in the world. The strength of the UFC brand can be found in its brand identity. Brand Identity is the meaning or associations tied to a brand and what the brand stands for in the eyes of the consumer. For the UFC it was simple; put on the best fights possible with the best fighters in the world. Fans trust that the UFC would continue to do just that. But as the promotion’s plans for global expansion become available, it is conceivable that the UFC brand may become diluted and could face a real identity crisis.

The promotion has long maintained its desire to make mixed martial arts the largest sport in the world. In their endeavors to take the brand internationally, the UFC has stayed true to the motto “think global, act local.” This is evident in the cards of many of their international events. In Europe, the card will be stacked with fighters from the host country as well as many neighboring nations. In Brazil, cards carry all but a few non-Brazilians. However, more and more often those cards are filled with local fighters who are unknown names to most MMA fans. It is very possible that the UFC is following that “think global, act local” guide a little too closely.

For instance, the recently announced UFC Fight Night 34 card in Singapore features an extremely lackluster main event, a bevy of lower-tier veterans, and several newcomers who would have never been previously deemed “UFC-caliber”. A great example would be Royston Wee, a newly signed bantamweight from Singapore, is 2-0 and hasn’t fought in 2 years. The UFC is banking on the power of their brand to sell tickets, draw ratings and watch whoever they deem “UFC-caliber”. How long that can last becomes the question. The consistency of a brand is what allows for trust to be built with the consumer. If the UFC does not put out a consistent product, how can the fans continue to trust it? 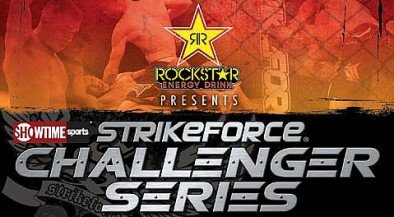 The promotion can attempt to curb these potential hazards but creating some brand architecture. They could create an endorsed brand for some of these lesser quality Fight Night type cards. Refer to the events as a different promotion that is associated to the UFC but still promote them as they would a normal UFC event. For example, if they purchased XYZ regional promotion, the events would be promoted as “UFC presents XYZ Fight Night”. The endorsed brand/promotion would prevent the UFC brand from being diluted and could also serve as feeder organization. A sub-brand is also an option. Similarly to how Strikeforce put on their “Strikeforce Challengers” shows, the UFC could create a sub-brand where the expectations for the product are much lower and the master brand, while still featured, is protected.

Realistically, neither option will likely ever be considered by the Zuffa brass. How they approach the growth of the promotion over the next few years will tell us a lot about how they view their own brand. It is possible that their vision is to have the UFC become synonymous with mixed martial arts all over the world. But how did that work for Xerox? Or Kleenex? When the product and the brand are one the same, growth potential is severely limited. Continuing to put out a strong, “UFC-caliber”, product would seem to be the key in the UFC’s goal for global expansion. Otherwise, they may end up in the history books, alongside the rest of the failed conquerors.