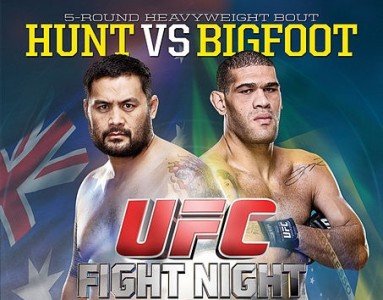 Last night’s UFC Fight Night 33 was a night of brutal knockouts and stellar bouts across the board in Australia, with stand-out performances from key players. With several title hopes living or dying by their success, let’s look at how the night played out and who stood out at UFC Fight Night 33.

Justin Scoggins: This young man has turned many heads on the regional circuit, and he certainly got my attention with his quick work of Vaculik. A functional karate fighter, I liked that Scoggins hasn’t ditched half his point fighting arsenal like many karateka entering MMA, instead augmenting his movement and being smart about follow-up shots to dissuade pursuing foes. The hook kick and side kicks were flying, but it were the reverse punches that kept landing on Vaculik, and a right hook dealt the most telling blow. Between this and some fast takedowns, Scoggins could make a quick impression in the Flyweight division.

Clint Hester: I mentioned in my fight report that Hester could be a breakout star considering his natural fighting prowess, and we saw another leap in terms of his technical ability tonight. Hester has the trifecta in terms of his physicality, functionality in any range and ability to track his opponent’s head, making him a potential terror as he gains experience with his non-boxing tools. While Andrews did hit takedowns on Hester, the type of takedown were intentionally non-conventional to get past his newfound takedown defense, and these holes will be patched as fast as Hester finds them. Keep an eye on this dude, as he could be knocking on a few top-tier fighter’s doors within a year.

Shogun Rua: Sometimes you can tell when a fighter is on, and the first punch showed where Rua’s mind was at tonight. While his body might be breaking down prematurely, he’s still a lifelong muay thai fighter and the heat on his punches would rival the sun tonight, laying Te-Huna into a living death with a short hook. While Rua will never be what he was, he does tend to remind us that he’s not done in this sport just yet with such lethality at his disposal.

Mark Hunt vs Antonio Silva: If you’re reading this without having seen the fight, drop whatever you’re doing and watch it right now. Hands down, one of the most insane displays of fortitude between two humans I’ve ever seen in a cage, both fighters were on the brink of losing multiple times within every single round, but would battle back from the impossible over and over again.

A few facts from the UFC Fight Night 33 main event stuck out at me: Mark Hunt didn’t start training seriously until about four years ago. If he’d put this level of intensity into his training when he first started MMA, the sky would have been the limit.

Antonio Silva must hit harder than almost anyone in the division to hurt Hunt like that, especially considering JDS only made Hunt flinch with a surprise spinning head kick.

Mark Hunt is realistically a Middleweight in peak physical condition and with a weight cut. If he fought at 185lbs, I’d honestly fear for people’s lives every time he hit someone.

While both fighters are too shopworn and long in the tooth to make a reasonable title run again at this point, they can sure as hell entertain and fight like their live’s depend on it. FOTY in my book.