This past year was yet another really good one for the sport of Mixed Martial Arts. The UFC introduced the women’s bantamweight division, Champions fell while stars began to rise and promotions like, Bellator, Invicta FC, WSOF and the XFC continued to grow.

As good as 2013 was it made it very difficult to narrow things down for this year’s MMA Valor year-end awards but after some deliberation amongst the staff things began to fall into place. We are proud to bring you our year-end awards for the second year and hope that you enjoy them as much as we enjoyed doing them. Thanks for all your support this year and HAPPY NEW YEAR! 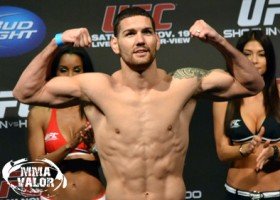 Fighter of the Year: Chris Weidman

Fight of the Year: Jon Jones vs. Alexander Gustafsson at UFC 165

Round of the Year: Gilbert Melendez vs. Diego Sanchez at UFC 166, Round 3

Knockout of the Year: Shogun Rua vs. James Te-Huna at UFC Fight Night 33

Submission of the Year: Josh Burkman vs Jon Fitch at WSOF 3

Chin of the Year: Diego Sanchez 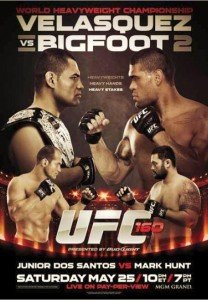 Disappointment of the Year: The passing of Shane Del Rosario

Comeback of the Year: Justin Wilcox vs. Akop Stepanyan at Bellator 99

Thanks to @JoshWoodMMA, @MikeHammersmith & @TyGuyMMA for your help with the 2013 year-end awards, make sure to follow them on twitter.